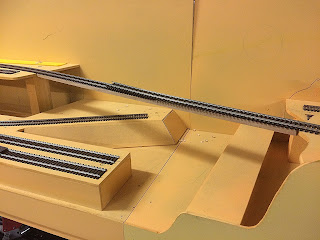 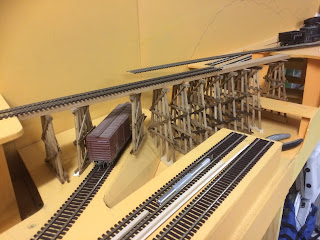 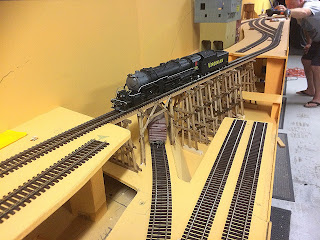 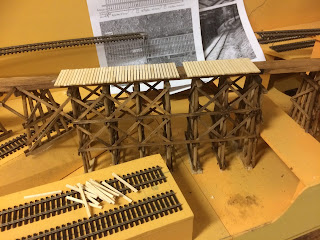 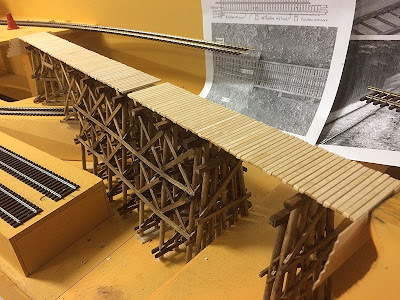 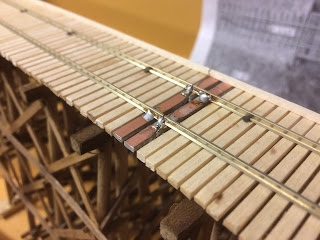 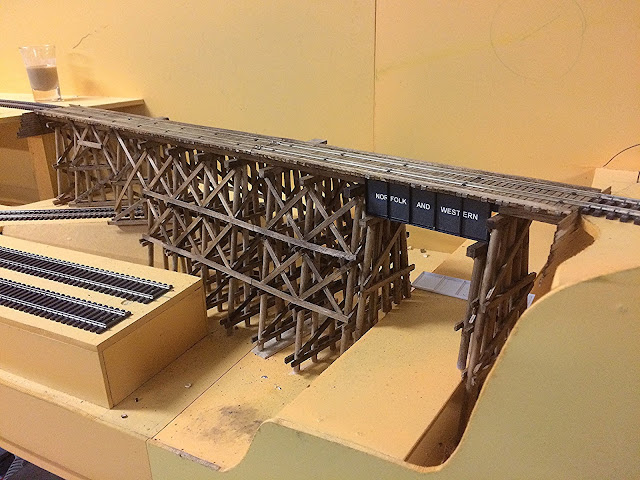 Geoff made a couple of small plate girders to add over the planned roadway which sits between the river and the rising land to the right of the photo. At a later date I added check/safety rails down the centre of the track on the bridge. Next we continue finalising track laying....
Posted by Gavin Thrum at 20:03