Switch stands for the yards

Researching switch stands fot the yards and main line turnouts was a difficult task and one I found to be frustrating. There appeared to be  ,more than just a few different styles that were employed along the length and breadth of the Virginian Railway. I narrowed down the target style in my chosen area of the VGN in and around the New River which includes the old absorbed Deepwater sections of the Virginian lines. These had a circular target and and horizontal arrow. 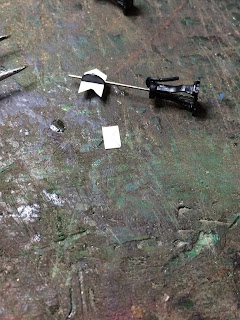 The target colours are red for the circular and yellow orange for the arrows... 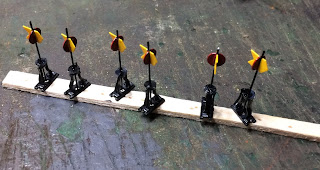 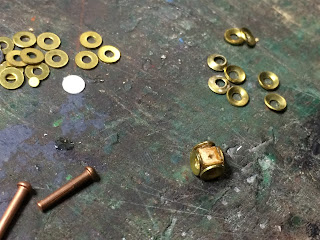 Also evident in certain yards were the small switch stands with the four aspect lamps with coloured targets. I used a small block of timber with four washers glued around the outside.


These were then coated in Dullcote and are now ready for installing on the layout at a later time.
Posted by Gavin Thrum at 00:03